‘Being not’ – Definition: This is chronically living with limitations due to health/physical challenges. It can be psychological as well.

My musings today are focused on the spousal inter relationship in a care-giving/well-spouse situation.
When one of the two people in a marriage is living with a chronic challenge, some normal interactions can be altered. For one thing, the ‘well spouse’ (for want of a better term) may feel angry that the challenged one is ‘always ill’. These feelings may never be expressed, but suppressed as they are, come out in strange ways, and unexpectedly.

The well spouse misses out on being able to take the challenged one for granted as well. Taking each other for granted, sounds more dreadful than I mean to. Perhaps it’s more like, being able to rely on the spouse for a certain range of given things consistently. Like having meals cooked for example, or being able to feed themselves. Then there is the issue of having gone through and survived losing the challenged one to complications due to their issues. They may start from gratitude that they missed being widowed or widowered (is that a correct word?) And gradually move to indifference as the dull routine of ‘being not’ sets in.
This can make life appear monotonous and the two parties may become independently lonely while living in the same space. I guess this ‘lonely while in company phenomenon’ can happen to anyone. Brother and sister, parent and child , between friends and more.
On top of all the above, there is the issue of the challenged one being constantly seen as a ‘patient’ by the other. This robs them of some of the essence of their humanity. There could be a loss of sexuality all together for example. The well spouse may guilt trip themselves for ‘thinking selfishly’ about sex (if you will) and the challenged one may guilt trip themselves in turn about not providing often enough or at all, or has to deal with the frustrations of thinking it but not being able.
It can be a strange dynamic altogether and slightly different from similar situations that occur in regular people’s lives.
With the underlay of health challenges, the synergy of interactions are different.
So, how can one reduce the negative effects of all these on the collective psyche of the couple/family/friendship? This is worth thinking about.
Most doctors, family and friends and indeed the couple themselves view sexual activity as a secondary issue. In all the key ‘feel good factor indicators’, I wager sexuality and sex are deemed the very bottom of the heap if ever considered at all.  Maybe it should be, but for practical reasons only. But when everything is pared down to practicality – there goes the very essence of living. Sometimes, we need to be impractical, think the impossible and try it out. This is the only way to push the frontiers of human existence, to add to the fund of human knowledge, or just have some plain old, simple fun.
Where does libido feature in the quagmire of disability?
Perhaps, folks should be encouraged to talk about all the above, (not from the rooftops mind!)….and not as dinner conversation, or to strangers in the street either. Or maybe we should just leave things be? …. just in case we may be written off on another count! That of being a deviant, addict or weirdo of some sort as well!
Ah well…..

Sharecare Ghana has donated a wheelchair to 17-year-old Timothy, who is severely disabled as a result of untreated hydrocephalus. Timothy was however in high spirits and became quite animated when he was sat in his chair.

His family said doctors had wanted to reduce the fluid in Timothy’s brain, but they did not go for the treatment because of lack of fund.

This is a sad reflection on our society – not only is Timothy suffering a preventable disability, but he has also not been given an education even though he speaks and communicates rather well… 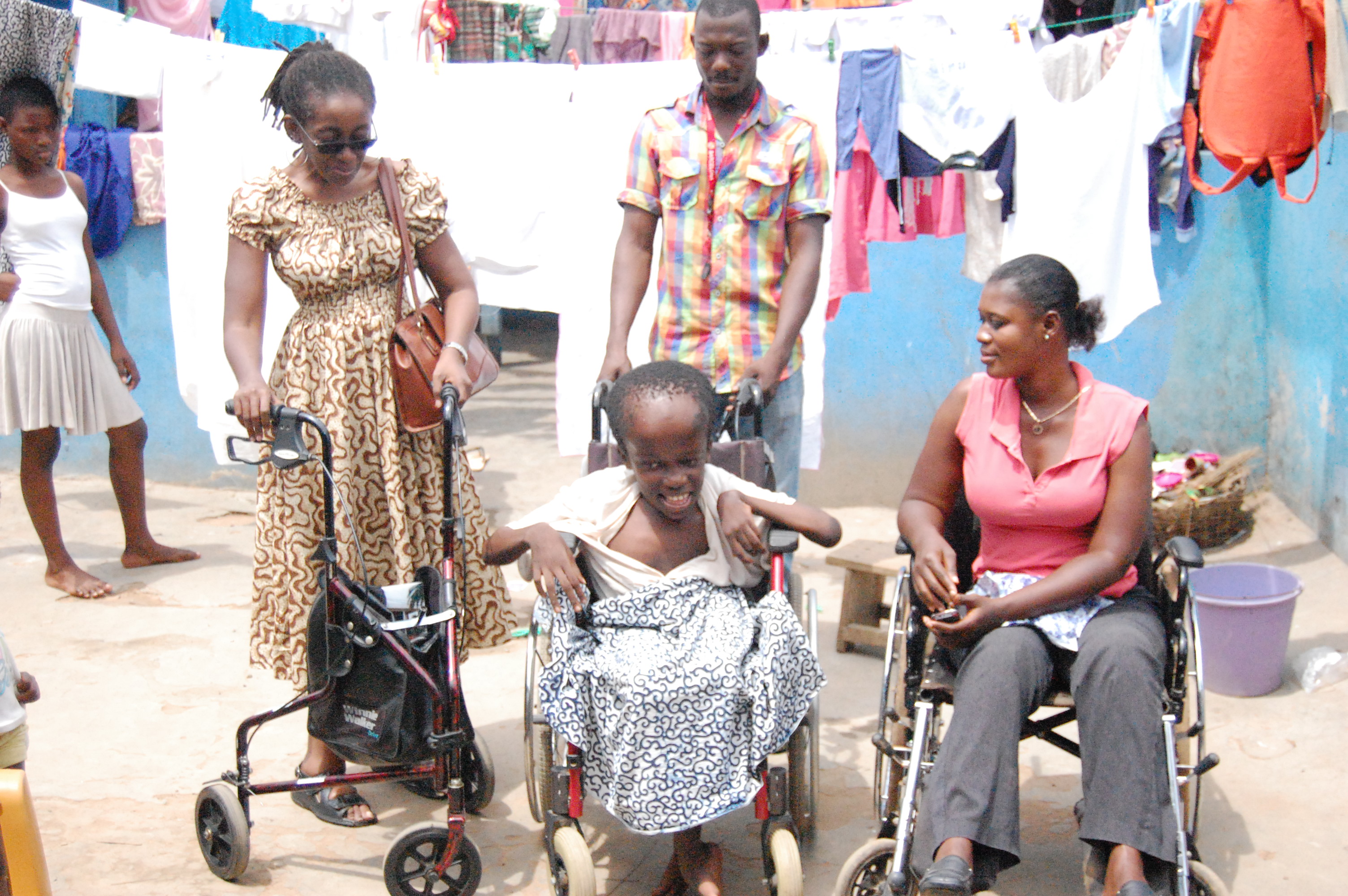